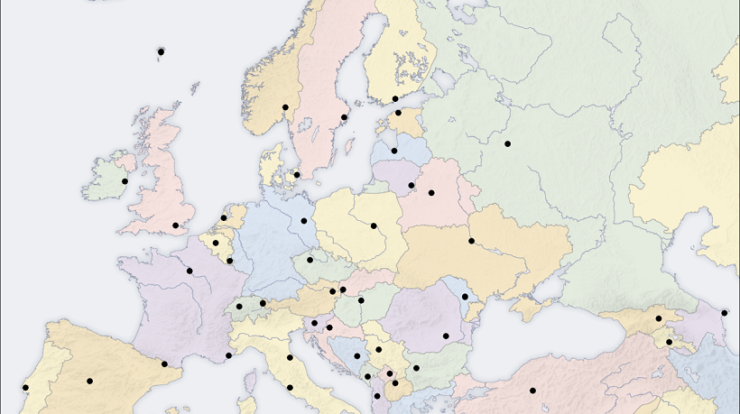 In total, there are 50 countries in Europe. However, only 44 of them have capitals within the continent. Recent population consensus states that more than 748 million people are living in Europe. Some of the top tourist destinations, such as Paris, France, are located in the heart of Europe.

When talking about capital cities, we find that there are characteristics common among them. What makes a capital city different as compared to other cities in a country? A capital city is a metropolis having special status in a state or region. This city contains major government department offices and ministries. It is decided by law which city will hold the title of a capital city.

How well do you know the famous capital cities of Europe? Take this Europe Capitals Quiz to test your knowledge of some of the most popular capitals of Europe and see how many you can correctly identify!