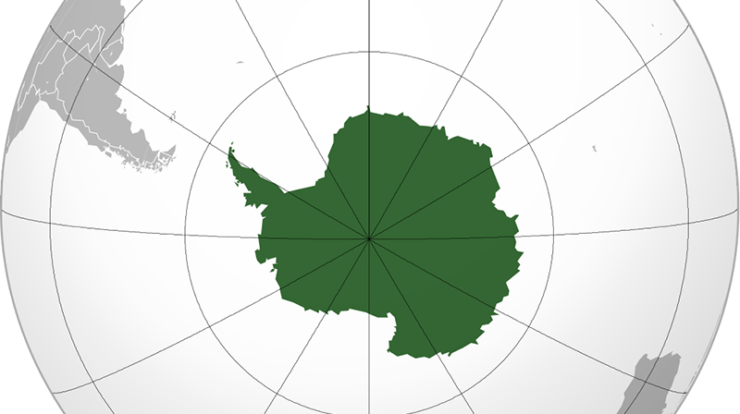 Antarctica, comprises a land area of 14,200,000 kilometers, it is the world’s fifth largest continent, almost twice the size of Australian continent. Antarctica is also the least densely populated continent, with a rate of 0.0008 people per square kilometer.

About 98% of the continent is covered with ice that comprised 90% of ice in the world. The average thickness of the solid ice sheet is 2160 meters and the maximum thickness is up to 4776 meters. The ice sheet makes Antarctica the continent with highest average elevation on Earth.

Besides being the tallest continent, Antarctica is also the coldest, driest and windiest one. With the interior which is basically a polar desert with an average precipitation of 166 millimeters (6.5 inches) per year. Although rain is observed occasionally near the coast, most of the precipitation is contributed by snow and ice crystals.

The annual temperature of Antarctica ranges from -10°c to -60°c (highest part of the interior), and the coldest temperature ever recorded on the continent was -89.6°c at Vostok station in 1983. Weather fronts can hardly penetrate into the continent, leaving the center cold and dry. Therefore, despite the lack of precipitation, ice on the interior lasts for extended periods of time.

On coastal regions of the continent, heavy snowfalls are common that up to 1.22 meters of snowfalls in 48 hours have been recorded. At the steep edge of Antarctica, strong down slope winds along the coast called katabatic formed by cold dense air flowing out from polar plateau of the interior blow at storm force. The highest wind speed is 327 km/h recorded at Dumont d’Urville in 1972. However, wind speeds in the interior are typically moderate.

There are no permanent residents and no indigenous population on Antarctica. The sole people live on the continent are research scientists from thirty countries that maintain about seventy research stations.

As the scientists are staffed seasonally, the number of residents varies from around 4000 in summer and around 1000 in winter, due to the extreme weather conditions.

Due to the extremely environmental conditions such as high elevation, cold climate, extreme dryness and strong winds, most people think Antarctica is a wasteland where life is quite impossible. But surprisingly, the richness of biodiversity on the continent if far greater than most people expected. There is relatively less biodiversity on Antarctica than other continents, but still the biodiversity in both marine and terrestrial ecosystem across Antarctica and the Southern Ocean is quite interesting.

Instead of big sized animals and plants like lions and trees, tiny animals such as the Antarctic midge (2–6 mm long) and miniature forests of lichens and mosses become dominant on the Antarctic continent. The Antarctic Peninsula, sub-antarctic islands and the Southern Ocean are more stable environments for life, more diverse animal and plant species can be found.

All the wildlife of and near the Antarctica are extremophiles that have evolved adoptions which help them to survive the harsh environment. Most animals have small extremities such as flippers and feet to reduce heat loss. Whales, Seals and penguins all have thick layers of fat called blubber which acts as an insulator to keep the animals warm.

The feathers of penguins have evolved to be windproof and waterproof by spreading natural oil over the stiff of the feathers. The oils over the feathers also help penguins to swim faster by reducing friction in the water.

Some invertebrates dehydrate themselves to avoid freeze damage. Tiny plants grow close to the ground to protect them from strong winds and dehydration. Lichens have abilities to carry out photosynthesis at very low temperature and can become dormant to survive dry period.

The Antarctic continent is definitely the most beautiful, isolated and untouched continent. If you want to discover more cool facts about Antarctica animals and plants, then take this Antarctica Geography QUIZ. We have 15 questions to test your knowledge about the coldest continent.

It’s fun for everyone whether you are a kid or adult. Let’s Play!